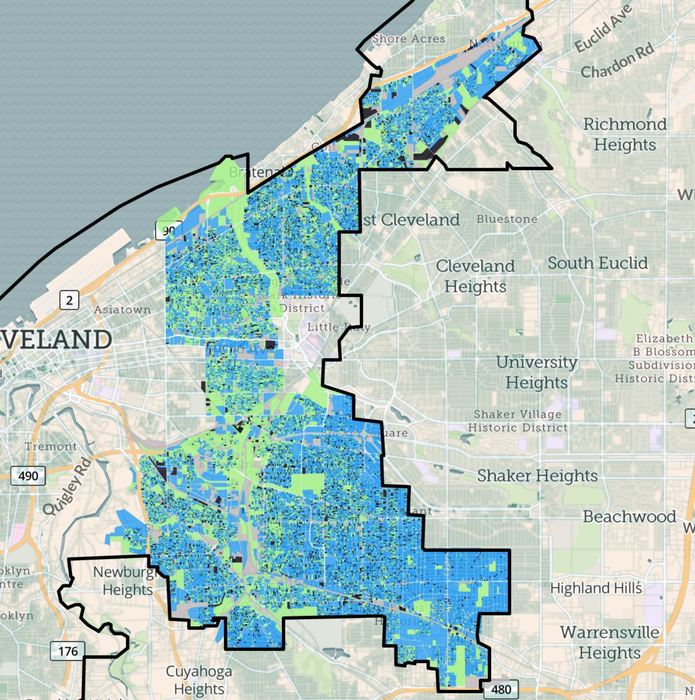 In summer 2018 Loveland partnered once more with longtime allies Western Reserve Land Conservancy to re-survey more than 78,000 parcels on Cleveland’s east side. Using a blended staff from Loveland, WRLC and local Cleveland surveyors, the survey data was gathered in just ten weeks, with a goal of generating data that could be compared to an earlier citywide survey conducted in 2015.

Cleveland's east side was hit hard by the foreclosure crisis, and many neighborhoods continue to struggle with blight and vacancy. Among other things, the report sheds valuable light on the effectiveness of demolition funding to address vacant and dilapidated housing. Thousands of vacant houses have been demolished, leading to an overall decrease in vacant structures (from 16% in 2015 to 12% in 2018) and a corresponding increase in occupancy for those structures that remain. It also provides interesting context when considered alongside data showing that median home sales value in these neighborhoods have increased - but remain far from pre-housing crisis levels.

Interested in more detail? View WRLC's report by clicking here, check out an article about the report in Cleveland's Plain Dealer here or view the data itself right here on landgrid.com

More on the Blog